Our 2016-2017 Season Announcement is here! Next season brings back some GHDT favorites, along with brand new World Premiere pieces!

Join us in October when we open our 2016-2017 season with the World Premiere of The Violin Under The Bed, and the long-awaited Tarkington debut of The Scarlet Letter.

December brings GHDT’s holiday classic, The Nutcracker, featuring a cast of young dancers telling a tale of love and compassion.

By your many requests, GHDT’s classic, SUPERHERO; the story of a man called Jesus, returns again for Easter weekend. This modern re-telling of The Passion is powerful and poignant.

We will close our season with A Night In India, featuring new pieces inspired by the music, art, history, and culture of India.

Thank you for your continuing support of GHDT. We look forward to bringing you beautiful art for years to come. Buy your season tickets now! 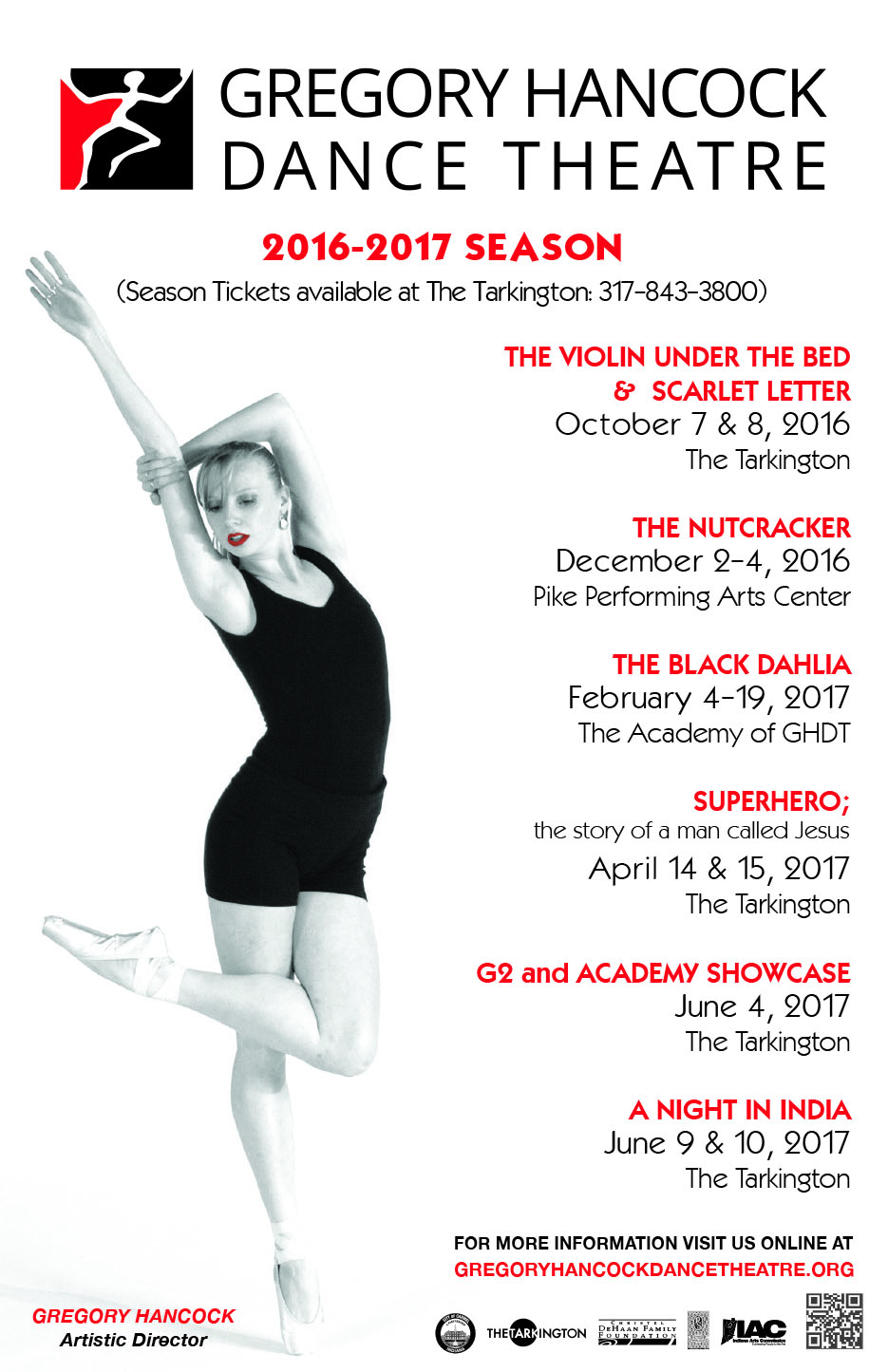