The Casket Girls – Music and Story

To make THE CASKET GIRLS come to life, Gregory Hancock was not alone. He enlisted the help and partnership of Cory Gabel. Cory is a composer, and composed all of the music for THE CASKET GIRLS. The two worked together, while living in two different states, to make the show happen. Gabel was inspired by the legend of “The Casket Girls” and used it to come up with the storyline of the show.

“The story for Act 1 felt fairly natural to bring together, based off the original “legend” of the Casket Girls. Like with any historical theme, Gregory and I quickly decided to make the main character Catherine the center of the story. The backdrop of New Orleans, the Ursuline Convent, nuns, locals… the story came quickly, and I remember thinking distinctly that I wanted it to have a Westside Story kind of vibe. Or… Romeo and Juliet, gothic, tragic love. The ending we had fun with, and overtly went with the horror movie trope of leaving everything unknown – who opened the caskets? Was Catherine a vampire all along? Did the King of France actually send the vampires over covertly to take care of the “problem” of New Orleans?”

Gregory and the company were in Indiana choreographing and rehearsing, while Cory, who lives in Connecticut, would send new cuts and versions of the music leading up to the final version that was used for the show. Gregory and Cory actually did not even meet until the weekend of the performance back in 2009. Even before the show premiered as one act, both knew they wanted to expand the show and extend Catherine’s story.

“Even before finishing, we had the idea that when we’d add a second act to the show, it would be in a different, future time period – that was Gregory’s idea. So, I’ve somewhat been thinking of Catherine’s arc for the last 9 years. Gregory has a huge affinity for voodoo culture (he gifted me homemade voodoo dolls after the first show!), so we both knew we wanted that element in Act 2.”

Fast forward nine years, and here we are in 2018 doing just that. The one act show, is now a full two-at story ballet. Cory came up with a storyline for Act 2, and then composed music to fit.

“I really settled in and wrote the bulk of Act 2 this year once I knew we were going to do the show. I really liked the notion that Catherine felt alone after what transpired in Act 1, but then feels this kindred spirit with the voodoo clan, and in particular, two of the women within. Quickly, our villain emerges, and I was drawn to the idea of having him be a vulgar narcissist who is hell bent on destroying everything and everyone. I suppose a writer is always influenced by current events. So – the theme gelled that these different women – either physically alive or alive only in spirit – would unite to protect those they love and rid everyone of a leader with a warped sense of “leadership”.”

Going off of the storyline Cory came up with for Act 2, Gregory choreographed a truly remarkable piece. You’ll witness conflict, love, death, and even a masquerade ball. THE CASKET GIRLS will arrive at The Tarkington Theatre September 21st and 22nd at 7pm. For tickets, click here. To learn more about composer Cory Gabel, read below. 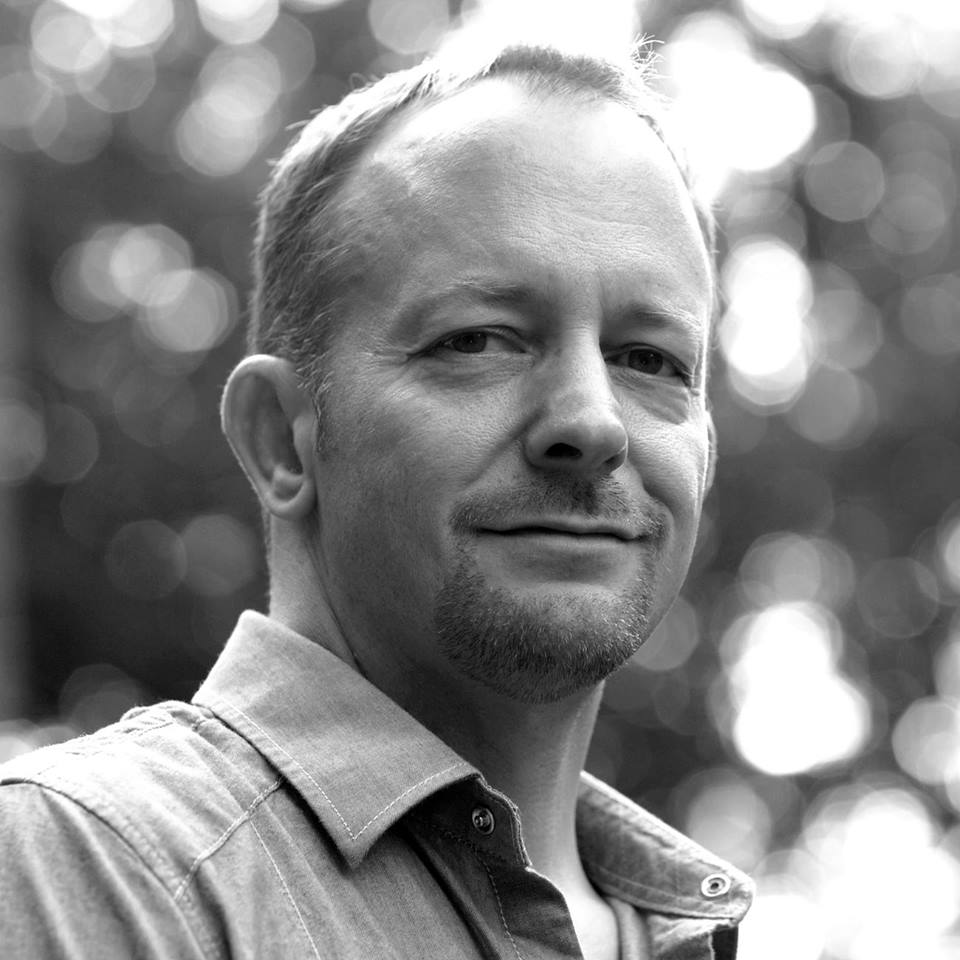 Cory Gabel is an American composer, singer, songwriter, multi-instrumentalist and record producer. He first became known as the lead singer and songwriter for the grunge rock-era band Limestone Rome from 1993 to 2001. As a composer, he is known for his solo piano work and his frequent collaborations with dance companies, producing original, modern dance and ballet scores.

Cory was born in Hays, Kansas, where music was a central part of family life. A self-proclaimed (and proud) “band nerd,” he earned his first composing credit in high school with the drumline feature “Revolt of the Proletariat,” and went on to be the drum major of the marching band. Yup, that happened.

After graduating college, Cory moved to Los Angeles, and founded the alternative rock band Limestone Rome with his sister, Ursula. Digital recording, streaming and the Internet changed the landscape for indie rock bands, so Cory fronted the band, produced its records, and founded his own record label.

Cory parlayed his 90s alt-rock experience into instrumental piano records (curious, right?) in the early 2000s, releasing One Road and Alabaster Sky. He continued to experiment as a producer, and the exposure of his diverse range of music to filmmakers and producers paved the way into composing for dance, theater, and the occasional strange short film.

In 2009, he teamed with Gregory Hancock Dance Theatre for The Casket Girls. The project marked a career-defining turning point for Cory, as his rock and classical influences converged for the first time in a dark and dramatic piece. A new passion was affirmed, and the dance productions Water Wars, The Odyssey and The Moon would all soon follow.

In 2013, Cory combined his love of music and wine as a perfect excuse to embark on a “composing tour” of the California wine country. He spent a week in the vineyards of Paso Robles, keyboard in tow, using the surroundings as inspiration. The album Paso was the result, containing many of the nearly two dozen songs written during the tour.

Cory’s music and soundtracks can be found on Spotify, iTunes, and hundreds of digital outlets worldwide. His releases include the solo piano records Alabaster Sky and Paso, dance works The Casket Girls and Water Wars, the single Hallelujah and Limestone Rome’s Charge the Head. Sadly, nothing from high school marching band is available online. Yet.

Cory works from his home studio in Simsbury, CT, where he lives with his wife of 22 years, Donna, and their children Kiera, 12 and Max, 9